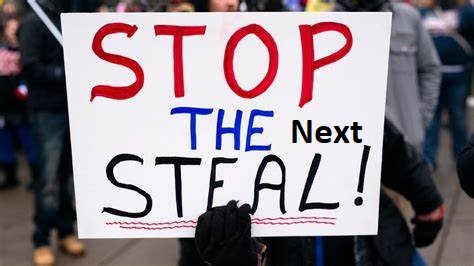 The new and potentially game-changing VotifyNow app provides tools to help voters ensure elections are clean and transparent. Founder Johnny Vieira says his app favors no party and is “extremely smart. It looks at data, finds patterns of behavior, and lights up geo-targeted areas on a map” with input from users about suspected election irregularities. Other functionalities are already positioned on the app but will be further developed at a later date. For now, Vieira’s team is laser-focused on the functionality of two key dimensions of elections; election integrity and candidate awareness. The app was released for beta testing in December of 2021.

VotifyNow is Active Now for Mid-Terms

Vieira’s team developed the app to put the will of the voter front and center. He had a huge “aha” moment “halfway through the build” when he realized that the app should be as decentralized as possible. The focus of VotifyNow should be squarely centered “on the People and for the People,” says Vieira. The main admin panel for VotifyNow takes in data and vets it for false flags and other outliers. However, the data does not stop there, nor is it ultimately centrally controlled. To truly reflect the grassroots efficacy and power of the app, he told UncoverDC that the data must then “go back out to its community of users.”

“The data should also go where other people can access it,” Vieira emphasizes. “First, You know, there’s a real incident, but the minute we verify that it is or appears to be some type of real incident and not some kind of false flag, we then push that out to everybody. This has a sort of threefold effect, one total transparency.

It’s all open-source. Everybody can see what’s going on. One person might not think that the red van at midnight at a drop box was a little weird, but now you know, three people in a parking lot are now talking about this at the drop box, right? Now it gets people talking. It gets people involved. It’s almost like community journalism. You’re getting the community involved. That’s a game changer.

Election Watch 2022: Interactive Map of Observer Rules in Each State, Including Signature Verification for Mail-in Ballots. Become an Observer #StopTheNextSteal

“Partisan observers are permitted to observe each step in the conduct of the election. This includes observing ballot receipt and processing, signature verification of mail ballot envelopes, ballot duplication and ballot tabulation (Colo. Rev. State 1-7-108; 8 CCR 1505-1(8.10.2))”

Below: Image of interactive map to see what mail-in ballot, signature verification observer rules are in each state, go to NCLS.org then click on state in map.

They Are Not Stopping: Bill Gates Invests a New $200 Million in Digital ID Surveillance System Based on Vaccine Passports

Sign of another pandemic coming that “will get attention,” in Gates’ words? 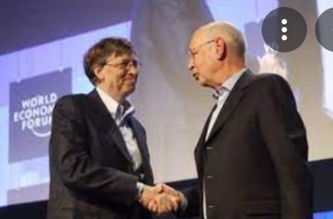 Above image : Gates with Klaus Schwab at World Economic Forum

“One commentator explained that ‘of all the other means of identifying and tracking subjects, digital identity poses perhaps the gravest technological threat to individual liberty yet conceived.’“

“According to a September 21 press release published on the Gates Foundation’s website, the $200 million package will be used to create an infrastructure that “encompasses tools such as interoperable payment systems, digital ID, data-sharing systems, and civil registry databases” that purports to make countries “more resilient to crises such as food shortages, public health threats, and climate change, as well as to aid in pandemic and economic recovery.”

Rectenwald went on to say that digital ID “has the potential to trace, track and surveil subjects and to compile a complete record of all activity, from cradle to grave.”…

Corey Lynn, an investigative journalist who has continuously emphasized the need to oppose vaccine passports, explained on her blog that COVID-19 played a key role in the establishment of a global digital identity system in line with the 2030 Agenda goals by normalizing the idea of an international ID system with the use of vaccine passports.

“Simply put, the pandemic is to mandate an experimental gene therapy that the CDC likes to refer to as a ‘vaccine,’” she wrote. “That ‘vaccine’ is for purposes of getting everyone onto a vaccine ID passport. The passport is to force everyone into the new global social credit system.”

Lynn continued, “That system is to bring the global population to full obedience, as the globalists control everyone’s access and spending to anything and everything in life, through the use of the new CBDC (central bank digital currency) system they are building toward.””

Evidence of Gates foreknowledge of another pandemic, Gates in documentary: The next pandemic “WILL get attention.”   (View Clip on Rumble)     (Full documentary on Gates)

Gates: People will have digital identification “certificates” (View at Bitchute)

WEF Klaus Schwab Advisor Yuval Harari Spills the Beans on the “Great Reset”: Free Will is “Over.” Dr. Mike Yeadon: Believe Them.

“Any package, pallet or container can now be equipped with a sensor, transmitter or radio frequency identification (RFID) tag that allows a company to track where it is as it moves through the supply chain—how it is performing, how it is being used, and so on….In the near future, similar monitoring systems will also be applied to the movement and tracking of people.” — Klaus Schwab, author of The Great Reset, founder of the World Economic Forum, in his book “The Fourth Industrial Revolution”

Below: Dr. Mike Yeadon, former Chief Science Officer and VP for Pfizer: “When People Tell You What They’re Going to Do, Don’t Ignore Them.” “COVID is only the beginning” of a ten year plan to enslave humanity. (view at Rumble)

Featured: What You Can do to Prevent Election Fraud in November: Demand Full Local Signature-Matching of Mail-In Ballots, with Observers Present

Devastating Documentary: “Safe and Effective” NOT! (Oracle Films) (below)