Ron Paul, who recently wrote an essay warning of an end-game for the coronavirus outbreak which is for human control purposes, has been banned from communicating with his millions of Facebook followers. The mild-mannered former congressman, presidential candidate, and family physician has been a perpetual thorn in the side of big Wall Street banks, and oligarchs such as Bill Gates.

As one digs in for a reason, a number of interesting recent posts from Dr. Paul emerge.

“With no explanation other than “repeatedly going against our community standards,”  @Facebook has blocked me from managing my page. Never have we received notice of violating community standards in the past and nowhere is the offending post identified.”

Dr. Paul joins another former high government official, Catherine Austin Fitts, in detailing a plan to use mandatory vaccinations as a gateway into people’s bodies for the purpose of connecting them to artificial intelligence control and surveillance platforms.  Fitts was Assistant Secretary of Housing and Human Development under President George HW Bush,

With no explanation other than "repeatedly going against our community standards," @Facebook has blocked me from managing my page. Never have we received notice of violating community standards in the past and nowhere is the offending post identified. pic.twitter.com/EdMyW9gufa

Dr. Paul wrote on January 4th in “Oppression… The ‘Great Reset’ is about Expanding Government Power and Suppressing Liberty,”

“World Economic Forum Founder and Executive Chairman Klaus Schwab has proposed using the overreaction to coronavirus to launch a worldwide “Great Reset.” This Great Reset is about expanding government power and suppressing liberty worldwide…The Great Reset will dramatically expand the surveillance state via real-time tracking. It will also mandate that people receive digital certificates in order to travel and even technology implanted in their bodies to monitor them.”

Klaus Schwab, chairman of the World Economic Forum , a gathering of the world’s most powerful people which meets in Davos, Switzerland to discuss future trends and initiatives, is the mastermind of the “Great Reset” which is presented as a response to environmental crisis.  However, in his July 2020 book “COVID-19: The Great Reset,” Schwab readily admits that COVID is a “mild” disease which nevertheless serves the purpose of instituting undreamed of controls over humanity.   Schwab writes that Covid-19 is:

Dr. Paul said in his article:

“The Great Reset involves a huge expansion of the welfare state via a universal basic income program. This can help ensure compliance with the Great Reset’s authoritarian measures….We are told the lockdowns are ordered because of a virus that poses no great danger to a very large percentage of the American public. Yet, instead of adopting a different approach, politicians are doubling down on the failed policies of masks and lockdowns. Meanwhile, big tech companies, which are already often acting as partners of government, silence anyone who questions the official line regarding the threat of coronavirus or the effectiveness of lockdowns, masks, and vaccines.”

As far back as April, Dr. Paul pointed out that Gates, a private citizen who nevertheless is one of the world’s richest men, has been the driving force behind worldwide forced vaccination programs for a decade.  Gates says that “proof” of vaccination will be needed to allow life to go on as normal for individuals, saying in one of a relentless campaign of interviews since the COVID outbreak last Spring:

“eventually there will be sort of this digital immunity proof that will help facilitate the global re-opening up.”

In one of Dr. Paul’s widely-viewed, regular online broadcasts his show pointed out that Gates was a key financial backer of a tattoo-like digital identification record which could store vast amounts of data on each person under the skin, readable by a scanner.

“The Bill and Melinda Gates Foundation funded the team’s research, which was published in the journal Science Translational Medicine on Wednesday.

According to a Scientific American story, the project came about following a direct request from Microsoft founder Bill Gates himself, who has been personally involved in efforts to eradicate polio and measles through vaccinations.”

Bill Gates, His Money, and The Consequences That Everyone Else Faces

The Gates Foundation has funded the initiative the  “Decade ofVaccines,” One of the talents tapped by Gates to drive the initiative is Dr. Anthony Fauci.

Recently Fauci and others have been reciting that if only everyone in the nation wore masks consistently, 130,000 lives could be saved.   The study which makes this conclusion comes out of the University of Washington’s Institute for Health Metrics and Evaluation, which is also heavily funded by Bill Gates.

Masks severely hamper interpersonal connection and exchange of emotion, and reinforce a crisis atmosphere.  It is difficult for people to connect, and perhaps organize a resistance, under mask and social distance rules.

Bill Gates also gave nearly $8 million to Imperial College Professor Neil Ferguson, author of the now discredited report which forecast over 2 million dead in 2020 in the US if it did not lock down and implement mask laws.   The report is entitled “Report 9 – Impact of non-pharmaceutical interventions (NPIs) to reduce COVID-19 mortality and healthcare demand.”

in Belgium, a lawsuit is underway which names both Gates and Ferguson as defendants in a scheme to defraud the public by the criminal exploitation of the COVID crisis.

Despite a carefully crafted image that Gates is a late-life billionaire who is now giving away his fortune, Gates’ net worth has been steadily climbing as his giving has increased.

In India, a committee of investigation found that thousands of girls, whose families were illiterate, were maimed by vaccine trials funded by Gates of Gardasil, an anti-HPV vaccine made by Merck, in which Gates had investments.

“The committee found that…In many other cases, thumbprint impressions of their poor and illiterate parents were duly affixed onto the consent form. The children also had no idea about the nature of the disease or the vaccine.”

This is potentially in violation of principles established at the Nuremberg Trials, following the trial of the Nazi doctor Josef Mengele, that no experiments could be conducted on a person without their fully informed consent.

Gates could be prosecuted on these ground alone, by any duly sworn prosecutor in any nation that is signatory to the Geneva Conventions.

Dr. Paul’s Views Dovetail with HW Bush Administration Official Catherine Austin Fitts.  Fitts Lays Out The Great Reset and How to Stop It

Catherine Austin Fitts is an investment banker and former Assistant Secretary of Housing and Urban Development under President George HW Bush.   Secretary Fitts describes how the push for a mandatory universal vaccination program is a gateway to global enslavement of most of humanity.

99.8% Survival Rate Bug Day 280: Oxford Scientist Refuses to Back Down on Herd Immunity 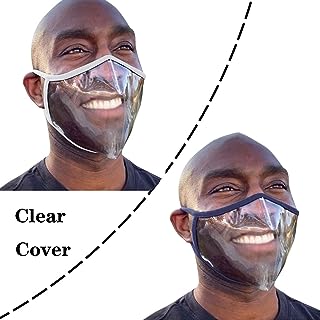