Bar in Sweden During COVID

Six months after the original request by governments for 15 days of public indulgence in order to “flatten the curve” of the spread of a new strain of coronavirus, which has transformed into a daily count of cases of a 99.8% survival rate disease,  Sweden, which charted its own course and never locked down, now has a lower death rate than the US.

Sweden followed a “hands off” policy, and never suspended sports, most schools, bars, movie theaters, or other venues except, for a time, the very largest.

Masks were never ordered in Sweden.

Sweden did, however, place emphasis on sheltering those in nursing homes and vulnerable populations.

Despite acknowledgement of health officials in the US that the spread of the virus was inevitable, US officials now cite new cases as reason for the continued exercise of unprecedented police powers.

Massive protests have erupted around the world over the transition to indefinite “lockdowns” and social distancing orders, based on  “new cases” announcements,

The numbers show that Sweden has suffered fewer deaths per capita than the US, even after the Swedish government’s decision to use a “herd immunity” approach, which essentially treats the COVID virus as any other normal, albeit severe, flu season.  Care was taken to protect vulnerable populations.  But Sweden allowed life to go on as normal for everyone else.

Before now, the Swedish model has been widely criticized as a failure by citing its death rate, in mainstream media outlets from Forbes Magazine to CNN. 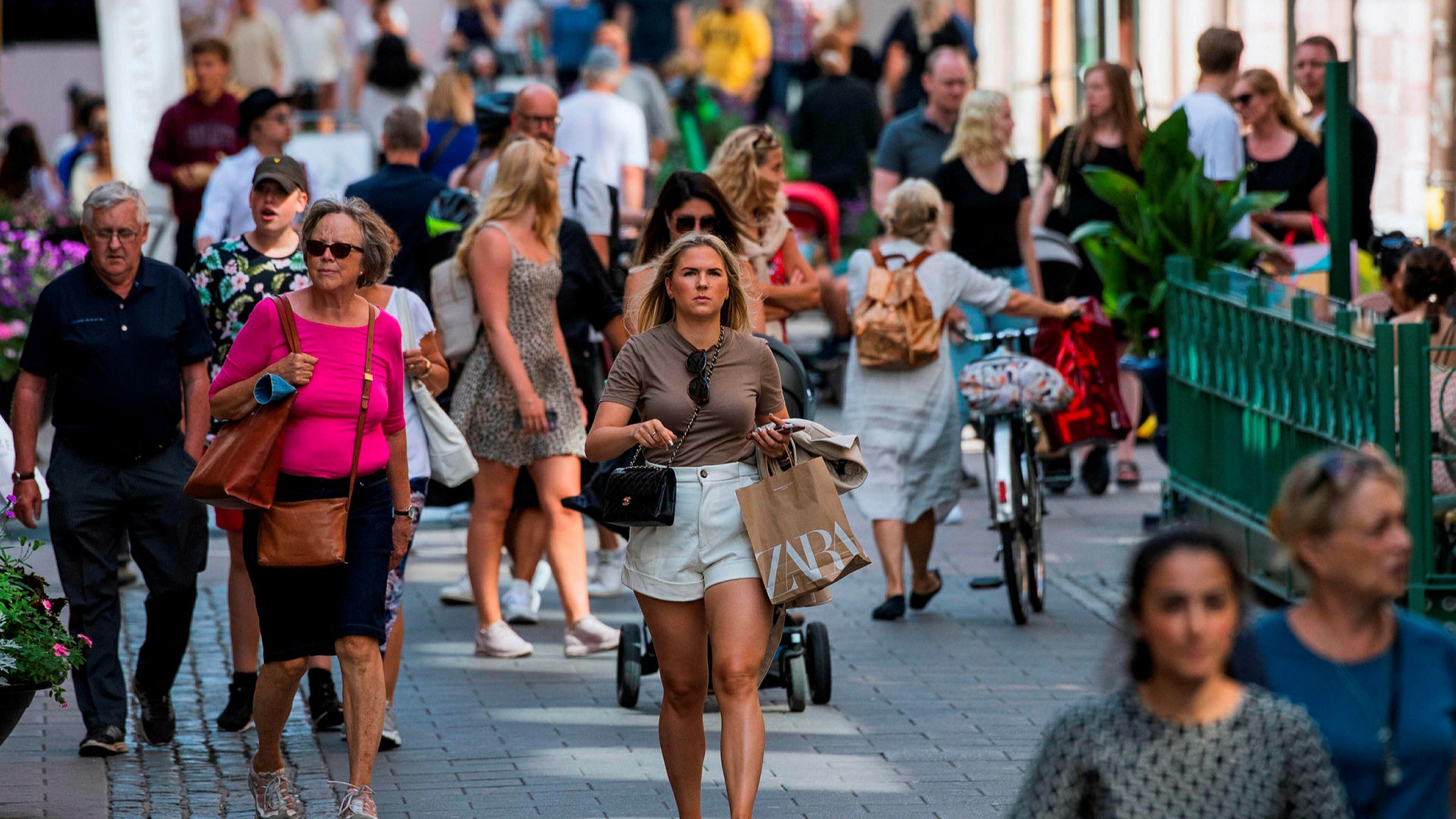 In June, a number of Israeli doctors and scientists called on their government to adopt the Swedish model.

The grim milestone comes as schools open in the US.  Never-before-seen fiascos over social distancing are playing out.  In Boston, 11 Northeastern University students have been expelled for gathering in a room.

“Kicked out of school, before school even begins. Northeastern notified 11 students and their parents Friday that they have 24 hours to vacate their temporary dorms, which were at the Westin Hotel next to the campus.

Northeastern dismissed the 11 freshmen for the semester after staff members caught them in a room at the Westin Wednesday.”

School policy was that students were largely confined to their rooms  with no parties, no gatherings, and no guests in rooms allowed.

However, even after being expelled with no tuition refunds, the students were not allowed simply to go home.  Boston’s 25 News reported:

“Before departing, they were required to undergo COVID-19 testing at Northeastern, with the understanding that anyone who tests positive will be moved into wellness housing at the university until they have recovered, in order to prevent the spread of the coronavirus.”

The legality of holding students in a campus facility against their will, has not been tested.

Lockdowns continue into the sixth month because of “new cases.”  Mass unemployment, hunger, and homelessness loom on the Fall and Winter horizon. The Wall Street Journal warns that millions of job furloughs and temporary lay-offs may become permanent.

The choice emerging for US policy-makers is whether to open up the economy with no restrictions, allowing business to flourish, while accepting sickness and death as a part of life.  Either that, or plunge the nation into a depression, the depths of which has never been known before.

With up to 60 million projected to be possibly unemployed, and food supply chains fragile as a result of the constant broadcast of fears over the virus, mass homelessness and mass hunger hover over a suffocated economy.

Swedish national debt is now a relatively healthy 30% of GDP, while US national debt has surpassed 106% of GDP.  The unprecedented US debt has ramped up fears of a dollar crash and hyperinflation.

Many Unanswered Questions from Last Five Months of Novel CoronaPolitics, Pushback Against Governors

A comparison of infection fatality rates of various diseases and epidemics shows that the COVID virus is far less lethal than the viruses involved in previous outbreaks, with a revised survival rate of 99.8%.  This is higher than the Spanish Flu (98%,)  the 1957 H2N2 flu (99.3%,) or the 2002 SARS coronavirus (90%.)

Nevertheless, no virus in history has been used by governors to wreak havoc on social norms and the economy.  No city in America has been left unhaunted by shuttered businesses, some decades old.  If present lockdown policies continue, the worst may be yet to come.

In Germany, an organization of 500 German doctors and scientists has formed, who say that government response to the COVID virus has been vastly out of proportion to the actual severity of the disease.

Below: Infection Fatality Rates of Various Diseases in the Past (click to enlarge)

For all the human damage, vital questions have been left lingering by politicians who seem to ignore everything but new case numbers.  Among these are:

In two states, Pennsylvania and Ohio, impeachment movements have advanced to the point of key legislators filing articles of impeachment.  In Ohio the articles filed against Gov. Mike DeWine include the allegation that DeWine:

“Unconstitutionally ordered the closure of businesses because of coronavirus fears, which “resulted in record-high unemployment, causing not only increased poverty, increased depression, increased despair, and increased suicides, but also the necessity for state budget cuts impacting schools and social programs when they are needed most””

In other states, such as Massachusetts, lawsuits are pending which address similar grievances though the judicial branch.

5 thoughts on “Sweden Shreds Mask Law Logic, 12% Lower Death Rate Than US, With No Masks or Lockdowns”