In 2018 in Alabama 1,256 died of the normal flu, compared to 538 of the COVID virus at the time of writing this year, with the worst of flu season over if this coronavirus behaves like every other coronavirus. The first thing that jumps out about this epidemic on a national level is that it was by and large a New York metropolitan area disease, with nearly 30,000 deaths in the state and the vast majority of those in the New York-Eastern Jersey seaboard. This is the most densely populated metropolitan region in the US. Internationally, hard-hit Italy also was notable for an unusual demographic feature of being the second oldest population in the world, next to Japan.

Yet although more people died in most states in the US during the 2018-2019 flu season, it was never called an epidemic, nor was the US economy closed down with devastating consequences, such as people losing their teeth for lack of dental care, or massive unemployment, or people dying for lack of surgeries deemed elective.

By the numbers, the table below shows how many people died of complications resulting from the flu in 2018, versus the number who have so far died from the COVID-19 coronavirus.  The question is not whether it is a serious disease, but whether it warrants the non-stop media drumbeat which demands people give up their most basic rights and joys in life.

Oh one more thing.  Dr. Fauci did say up to 2 million dead without lockdown, and social distancing.  So maybe we did the right thing, since we didn’t know what we were dealing with?   Guess what. The one and only guy in the world who was saying 2 million in the US dead goes by the name of Neil Ferguson. Turns out, he has a reputation among scientists of never being right. Ever. One time he was so wrong the government was persuaded to starve and open-slaughter millions of sheep.   A critical scientist said it was the worst thing he had ever seen. 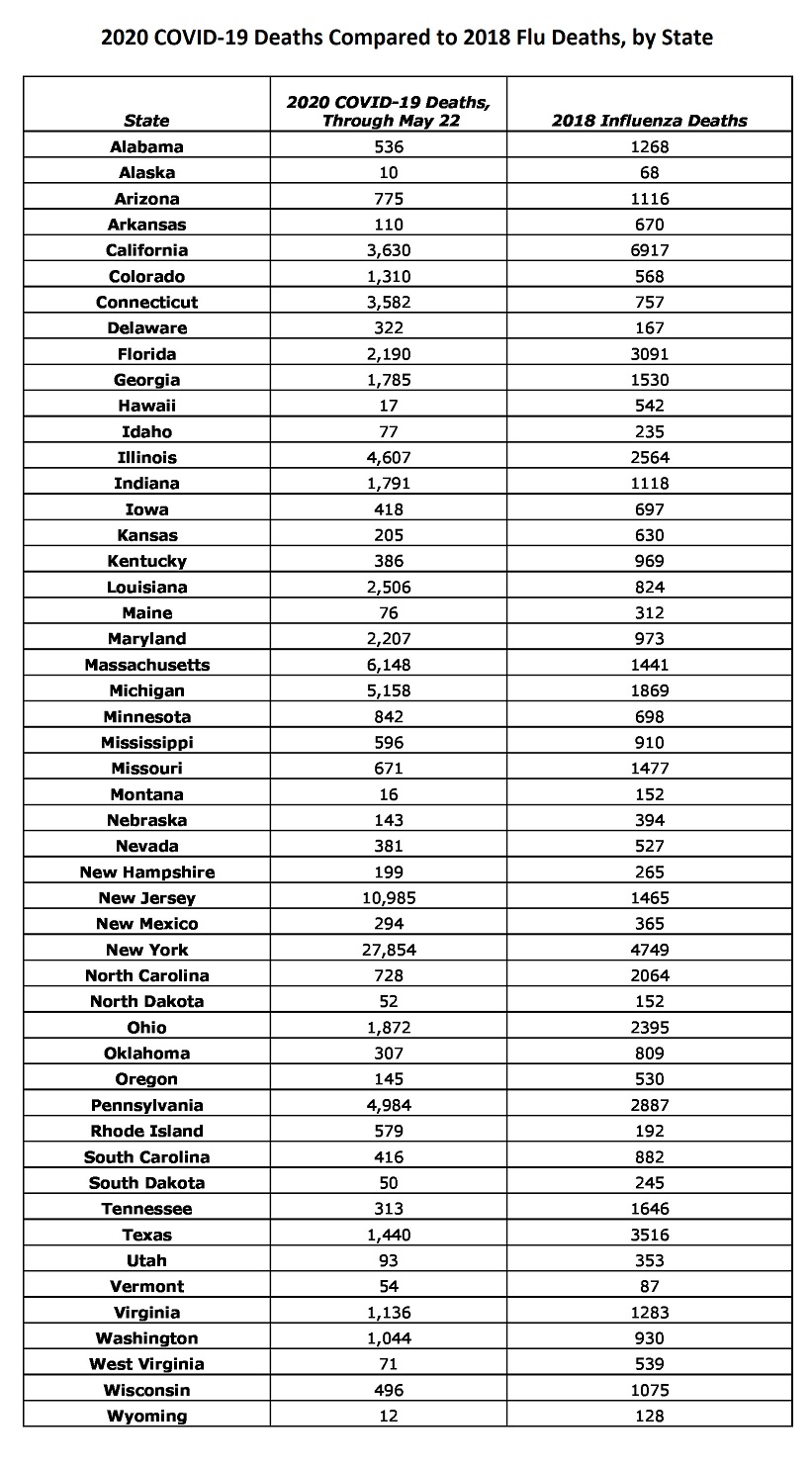